As part of our investigation, a member of our team interviewed residents about the health problems they are suffering from after the gas well blowout on October 23, 2015.

Southern California Gas Co. (SoCalGas) has claimed that the gas is non-toxic. However, hundreds of families are reporting that they have experienced new health problems because of the gas. Thousands have evacuated, with many more waiting on further assistance.

Here are some common health problems that Porter Ranch residents are facing:

Some residents have faced health problems so severe that they needed to be hospitalized for multiple days. Many of the aforementioned symptoms have also been noticed in animals. The following map shows the locations of several health incidents. 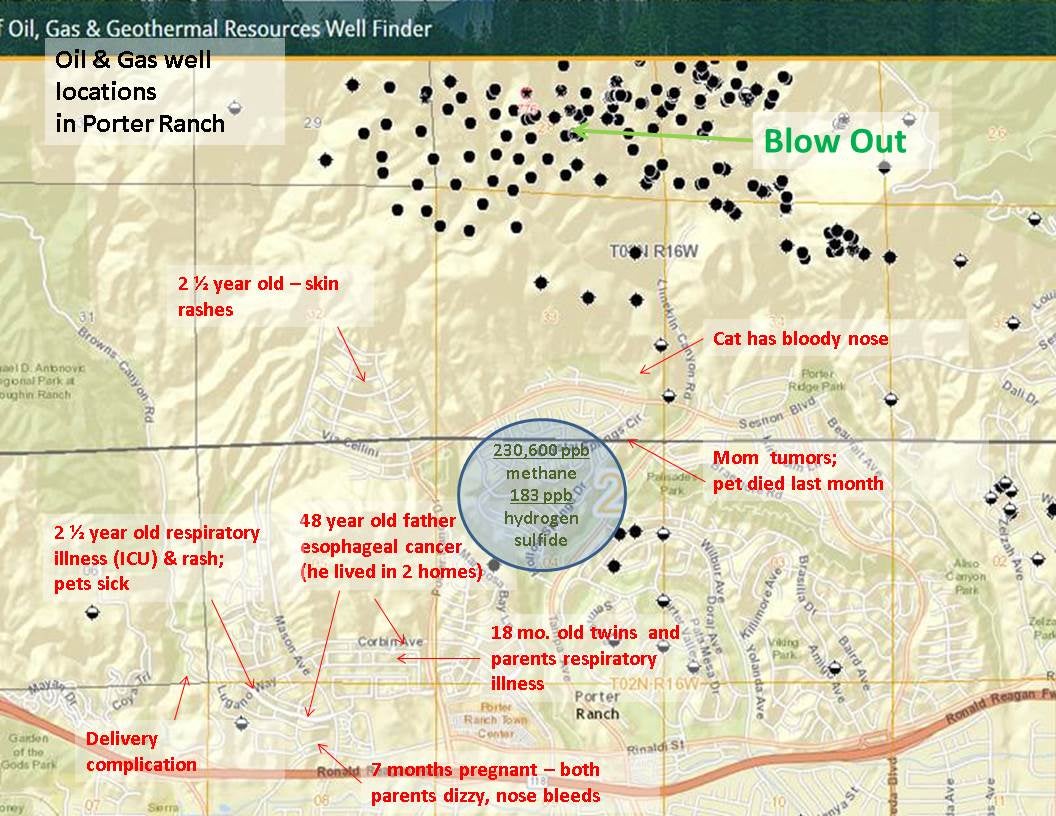 If you are experiencing any of the aforementioned symptoms, you may be eligible to join our mass tort. Visit a medical professional immediately to confirm whether your symptoms and health problems were caused by the Aliso Canyon gas well blowout.